Check out our price gouging FAQs and how to report it to my office.
marylandattorneygeneral.gov…/price_gouging_faq.… pic.twitter.com/rizI9mBHAo

If you missed @HoCoGovExec Virtual Residents' Budget Hearing last night #HoCoMD, you can view video from event online at howardcounty.granicus.com/MediaPlayer.ph…. by HoCoGov
Tuesday March 31st, 2020 at 11:34 AM

If you missed @HoCoGovExec Virtual Residents' Budget Hearing last night #HoCoMD, you can view video from event online at howardcounty.granicus.com/MediaPlayer.ph….

The breach exposed guests’ personal information such as names, addresses, employer, and loyalty account numbers, the company said in a statement. The login credentials of two Marriott employees were used to access guest information in activity that began in mid-January, the statement said.

Marriott said it detected the compromise at the end of February and confirmed the credentials had been disabled.

Hotel chains are a natural target for both criminals looking to sell guests’ personal information and spies looking to track government officials.

In November 2018, Marriott announced a bigger breach of its Starwood Hotels database that affected hundreds of millions of guests. U.S. officials have accused Chinese hackers of carrying out that breach, an allegation Beijing denies.

This is a developing story and will be updated as information becomes available.

RT @HopkinsEngineer: Biologists from @JHUAPL work to track the mutation of SARS-CoV-2, the virus that causes #COVID19. https://t.co/2U2uHx4… by HopkinsEngineer
Monday March 30th, 2020 at 2:58 PM

Amazing: Check out the Powerful New Radar the Navy Is Testing on Its Warships by Kris Osborn
Monday March 30th, 2020 at 2:58 PM 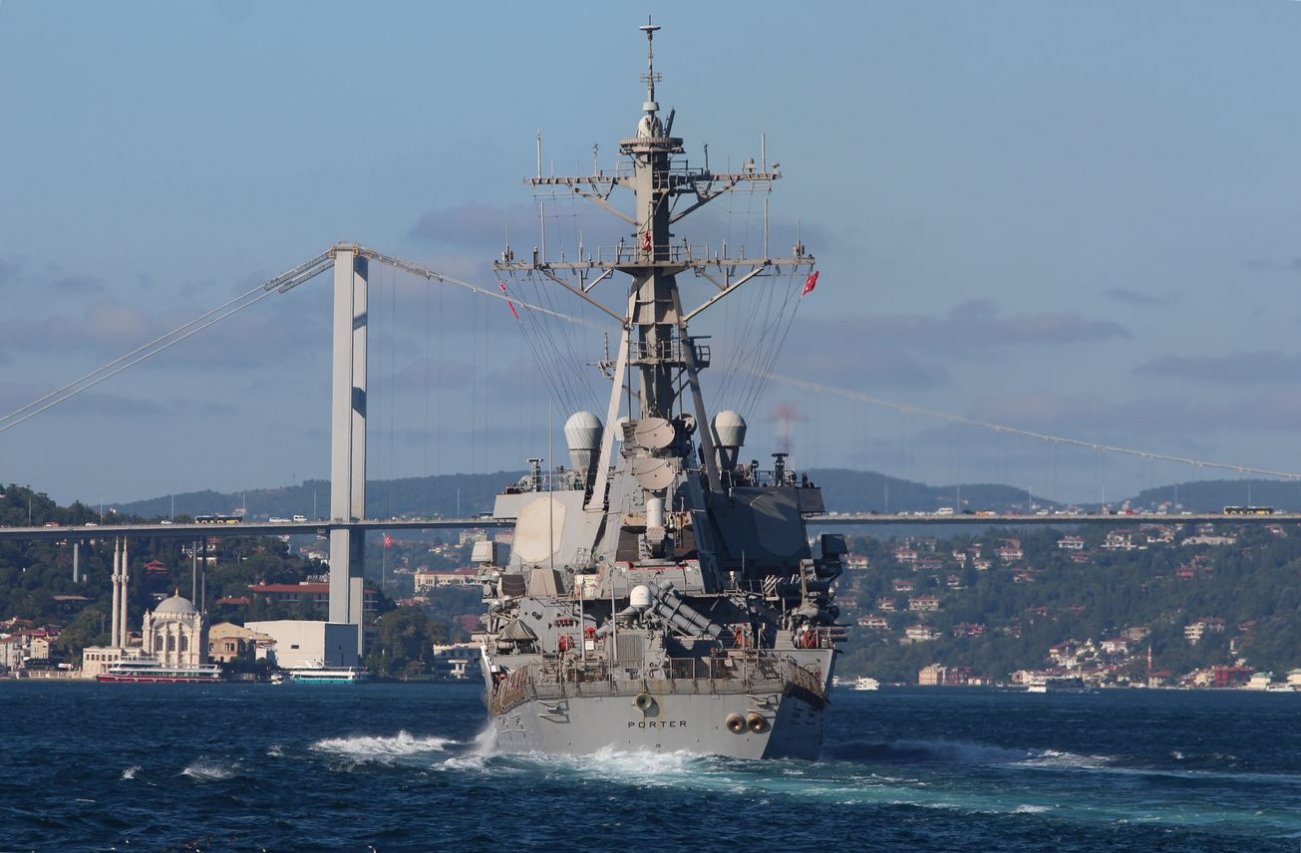 The Navy is moving quickly to integrate a new family of tailored radar systems across the fleet as part of a coordinated effort to stop dangerous attacks from farther distances and stop multiple attacks at the same time. The service is integrating its emerging AN/SPY-6 family of radar systems onto its Flight III DDG 51 destroyers and also tailoring variants of the technology for amphibs, Frigates and Carriers.

There are many attack scenarios wherein anti-ship missiles, aircraft and even ballistic missiles can be fired by enemies in a coordinated fashion, requiring defensive technologies to detect and discriminate multiple threats at one time.

The new radars are much more sensitive, longer range, and engineered to discriminate threats from one another. The current SPY-6 integration initiative, now underway at a rapid pace, is changing Navy surface warfare tactics, according to The Navy’s Above Water Sensors Program Manager, Capt. Jason Hall.

“We are looking at how you get after the increased capability that it (SPY-6 radar) brings, vs. the SPY-1 (current AN/SPY-1) legacy system. We have run the gamut as to what this radar can do,” Hall said in January of this year at the Surface Navy Association Symposium, Arlington, Va.

Hall further explained that the SPY-6 radar systems, combined with fire control and an advanced software-ballistic missile defense system called Aegis Baseline 10, set the technical foundation for the fleet. “We will be leveraging this combat system as we look at Frigate, amphibs and carriers,” Hall said.

Multiple-track sensing and detection is expected to bring the desired radar detection strategy, as SPY-6 radars combine air-warfare and ballistic missile defense into a single system. When it comes to application, the SPY-6 radar systems streamline otherwise disparate fire-control and detection technologies; the SPY-6 can cue short-range, closer-in interceptors as well as longer-range ballistic missile interceptors such as an SM-3. This shortens sensor-to-shooter time and offers war commanders a longer window with which to make decisions about which countermeasure is needed. This integration is precisely the kind of defense needed to counter a multi-pronged, coordinated enemy attack potentially combining ballistic missiles with cruise missiles, drone attacks...and more.

The SPY-6 family moves beyond existing AN/SPY-1 ship-integrated radar system and, according to an interesting essay in "Microwave Journal"...”handles 30 times more targets and has 30-times greater sensitivity than the SPY-1D(V).” (“Radar and Phased Array Breakthroughs,” Eli Booker)

Digital Beam Forming, according to Navy and Raytheon developers, can make multiple-track radar applications possible. An interesting essay in a publication called "RadarTutorial" explains how “multiple independent, narrow beams steered in all directions can be formed in the digital beam forming processor. This brings improved dynamic range controlling

"….Raytheon is developing a mixer-less system with direct RF analog-to-digital conversion that has greater than 400 MHz instantaneous bandwidth and is reconfigurable, able to switch between S- and X-Band... -- Microwave Journal, “Radar and Phased Array Breakthroughs” (Eli Booker)

This multi-beam integration is what helps facilitate the simultaneous tracking of several threats at once, as it can synthesize horizon scanning and precision tracking with wide-area volume search and Ballistic Missile Defense discrimination. Discrimination is of course a vital advantage associated with increased radar sensitivity, as it can discern threat objects from other less-relevant items such as friendly platforms or flying debris.

Alongside the SPY-6 (V)1, Raytheon and the Navy are now integrating several additional SPY-6 variants for carriers and amphibs, specifically tailored to their respective mission scopes. The SPY-6 (V) 2, for instance, is a smaller rotating radar and a SPY-6 (V) 3 has three fixed radar faces on the deck houses. These variants will go on both Nimitz class and Ford-class carriers. The (V) 3 has nine radar module assemblies. The (V)3 has three fixed spaces looking out at a different angle, covering 360-degrees with 120-degree panels each. Finally, there is a SPY-6 (V)4 which will be integrated onto existing DDG 51 IIA destroyers during a mid-life upgrade. The (V) 4 has 24 Radar Module Assemblies, compared to the (V) 1, which has 37.

A 2017 Pentagon Selected Acquisition Report, written earlier in the development process of the SPY-6 radar, explains that each RMA is comprised of four Line Replaceable Units (LRU). “Each LRU can be replaced in less than 6 minutes.The back-end radar controller is fully programmable and uses commercial off-the-shelf (COTS) 86 processors, which allows adapting to future threats, easy upgrades with future COTS processors and no obsolescence.” (Air and Missile Defense Radar (AMDR) As of FY 2017 President's Budget Selected Acquisition Report (SAR).

“We moved to a modular maintenance concept so that is a real big change. We are able to break down the elements themselves into modular structures …. then you can adjust form factor to whatever size you want,” Hall explained.

What all of this amounts to is … more time and options for Commanders tasked with ship defense. For instance, an approaching ballistic missile might likely require a longer-range SM-3 interceptor missile….a sea-skimming cruise missile might require an Evolved Sea Sparrow Block II interceptor …..and approaching enemy aircraft, helicopter or drone might require an SM-6, deck-mounted guns or even laser weapons...and fast-approaching small boats might require the Close-In-Weapons system -- all of which comprise different elements of a ship’s layered defenses. Advanced automation, and even human-controlled AI-enabled processing, sensors and networked fire control might quickly allow Navy ships to employ many of these to operate simultaneously in response to multiple tracks detected by SPY-6 radar.

The radar is built in a 30,000 square foot automated facility in Andover, Mass; Raytheon leads an industry team of more than 125 suppliers that build SPY-6. Virtual Tour HERE

Finally, it goes without saying that increased networking, computing speeds and signal processing require extensive “hardening” of networks, a reason why Hall stressed that the Navy is working closely with industry on cybersecurity.

Osborn previously served at the Pentagon as a Highly Qualified Expert with the Office of the Assistant Secretary of the Army - Acquisition, Logistics& Technology. Osborn has also worked as an anchor and on-air military specialist at national TV networks. He has appeared as a guest military expert on Fox News, MSNBC, The Military Channel and The History Channel. He also has a Masters Degree in Comparative Literature from Columbia University.

Today, @GovLarryHogan placed MD under a STAY-AT-HOME order. Effective 8 pm, 3/30, no MD resident should leave their home unless it’s for an essential job or reason. For ?s/more info abt this order & interpretive guidance #HoCoMD, visit: governor.maryland.gov/coronavirus/. twitter.com/HoCoGovExec/st… by HoCoGov
Monday March 30th, 2020 at 2:58 PM

Today, @GovLarryHogan placed MD under a STAY-AT-HOME order. Effective 8 pm, 3/30, no MD resident should leave their home unless it’s for an essential job or reason. For ?s/more info abt this order & interpretive guidance #HoCoMD, visit: governor.maryland.gov/coronavirus/. twitter.com/HoCoGovExec/st…

.@GovLarryHogan signed an Executive Order placing Maryland under a stay-at-home order which will go into effect as of 8:00pm tonight. As of tonight, no Maryland resident should leave their homes unless it’s for essential job or reason.
For questions, visit governor.maryland.gov/coronavirus/ pic.twitter.com/gEaVjWqwJZ 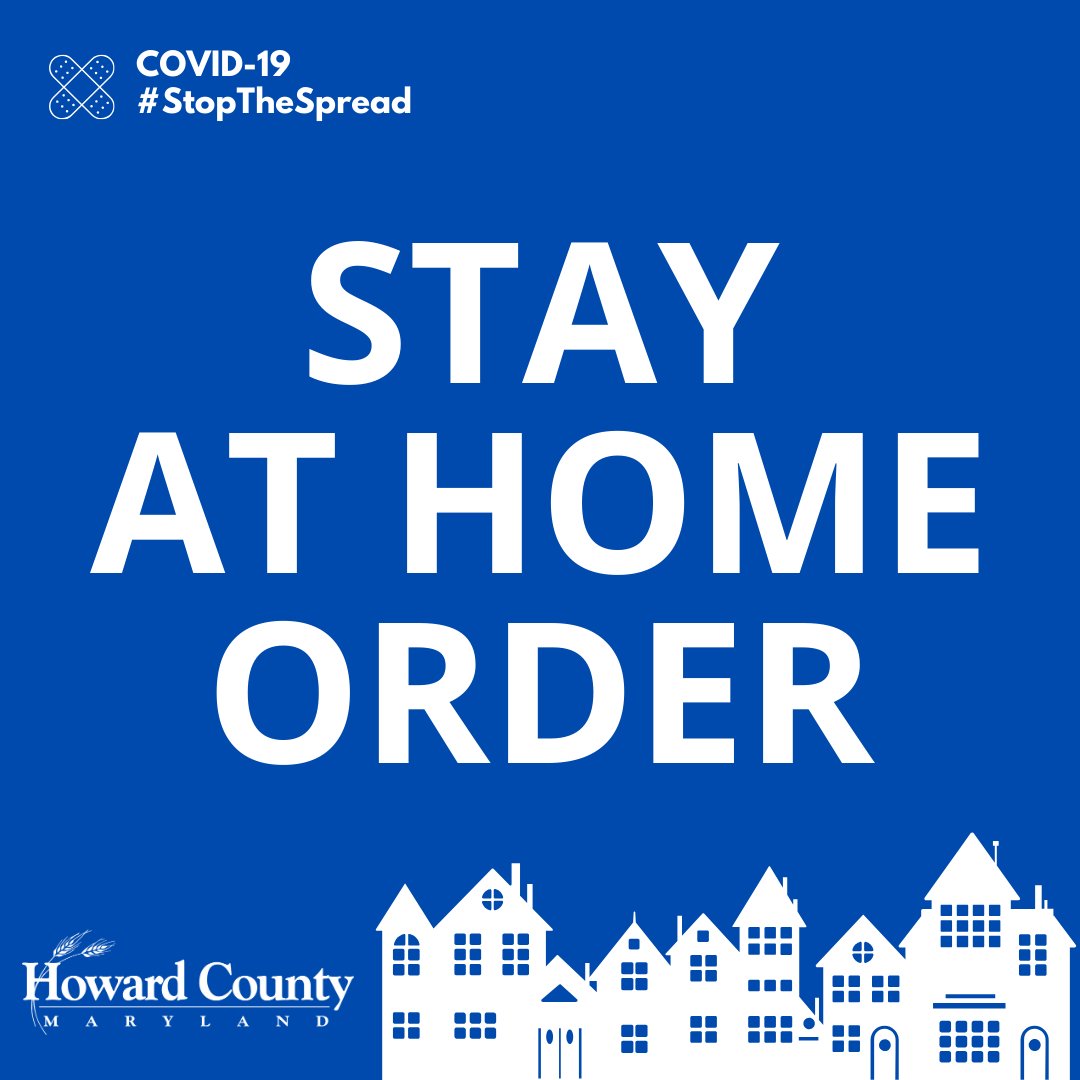